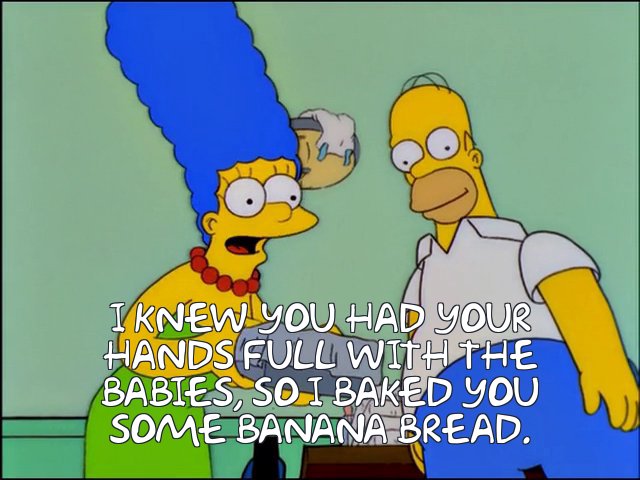 About once a week, I grind my own flour and bake my own bread. This is why and how.

Why grind my own flour?

In a word, taste. Everyone who has tasted my bread agrees that it tastes much different from store-bought bread. A big reason is that the flour is fresh ground. As you know, cooking oils oxidize and go rancid. Whole-wheat flour has oils which are exposed to air and go rancid in as little as two weeks. And because I grind a variety of wheat called “hard white wheat,” my bread lacks bitter tannins commonly found in whole-wheat flour.

The other reason is health. By avoiding oxidation, the vitamins in the germ and bran are not degraded. Interestingly, the traditional view was that bran and wheat germ were worthless impurities in flour which should be removed to prevent spoilage. For example, Benjamin William Dedrick’s 1924 book Practical Milling stated, “It will be noted that digestible carbohydrates do not include crude fiber, which is considered more or less valueless from the standpoint of nutrition,” and “The bran is of a woody, fibrous nature as is the beard also. The germ is of a gummy and oily nature. All, particularly the bran, are indigestible to man.”

Which grain to use?

Unsurprisingly, the grain which was optimized over thousands of years for bread-making is in fact the best grain for making bread. That grain is wheat and specifically I prefer hard white wheat. From the amateur bread-maker’s perspective, there are four kinds of wheat: hard red, hard white, soft white and durum.

Hard red is the traditional high-gluten strain of wheat suitable for bread-making and is reddish-brown due to tannins in the grain. Whole wheat flour made from hard red wheat has these tannins, which taste bitter but which themselves have no nutritional value. This is why people think that “whole wheat” bread is reddish-brown and bitter-tasting. In fact, the legal minimum for “whole grain” bread in the grocery store is 51% whole wheat. White flour is commonly added to commercial “whole grain” bread to improve flavor and texture, which means that when people ask for “wheat” bread at the sandwich counter they are getting white bread with just enough bad-tasting tannins in it to make people think they are eating healthy food.

Hard white was developed from hard red in the last few decades to remove these tannins. It is otherwise the same as hard red wheat. In my view this is the clear choice for bread-baking. It can be easily ordered from the Internet. To save postage, I recommend ordering from a store which is geographically nearby. It is also possible to buy hard white wheat in cans from a mormon “Bishop’s Storehouse” (whether or not you are mormon), however that wheat is extra-dry so it can be kept longer and therefore it makes less tasty bread.

Soft white is principally used for noodles, cakes, biscuits, etc. and durum is used principally for making pasta. Some kinds of durum do work for bread-baking and make an interesting yellow loaf with a nice flavor.

Rye is easily added to wheat bread, giving a wonderful flavor. However, by itself rye is challenging to bake with. Its protein is different from the gluten in wheat, and it does not make a stretchy dough. To make a 100% rye bread, like pumpernickel, the bread is baked in a Pullman pan for about 14 hours at a temperature of around 250 degrees.

The mill I have is the KoMo Classic, which does a fine job grinding flour. It uses two ceramic millstones and a powerful motor. The housing is made of solid beechwood, so it looks nice and should have fewer long-term cosmetic issues than a wood veneer. You may laugh, but there is a reason it is important that the mill look nice. Because the mill weighs more than 15 pounds, it is not practical to put away into a cupboard on a daily basis.

A related mill I want to mention is the Mockmill attachment for a Kitchenaid mixer. A friend of mine bought this one and found that the flour was a little coarse; it is apparently difficult to build the machine to close tolerances when it must fit onto a mixer. That said, he does have great success making bread, combining home-ground flour with store-bought white flour. Kitchenaid itself makes a grain mill attachment, however it is apparent even from watching Youtube videos how poorly it grinds.

The WonderMill is another mill to consider. It uses an impact mill design. I have no experience with this mill.

My recommendation is a Kitchenaid Professional mixer. It has more than enough power, it is robustly built and it includes a spiral bread hook.

Why not a “normal” Kitchenaid? It uses a C hook bread hook, which is less effective. The motor is less powerful and less robust.

Why not a “real” professional mixer, like the Hobart N50? I actually have a Hobart N50. The biggest difference between the Hobart and a Kitchenaid is that the Hobart has an actual transmission with multiple gear ratios, whereas a Kitchenaid uses a sensor to detect the speed of the mixer and adjust the power to the motor to maintain the desired speed. The Hobart design is simply obsolete. It is more expensive and can be noisy if the machine is not properly adjusted.

If you have a hard-on for a real “professional” mixer, buy the Globe SP5, which uses a similar design to the Kitchenaid and is much cheaper than the Hobart N50. Restaurants that have mixers front-of-house (e.g., liquid nitrogen ice cream shops) use the Globe SP5 because it runs quietly. Or a spiral mixer designed especially for bread-making.

Once you start measuring ingredients in grams you will never go back. It is far more precise particularly for compressible ingredients like flour. You must use an accurate scale, however. The EatSmart Precision Pro scale works well and can measure up to 5 kilograms. For quantities less than about 10 grams, use a centigram scale like the GDEALER DS1 Digital Pocket Kitchen Multifunction Food Scale.

In more detail: Put a large bowl on the scale, zero the scale, and pour wheat into the bowl until it reads 500. Then put the mixer bowl under the mill spout, turn the mill on and pour the wheat into the mill. When the mill is done, use a piece of parchment to measure 10 grams of salt and add to the mixer bowl. Thoroughly whisk salt and flour then pour the mixture back into the bowl. Put the mixer bowl onto the scale, zero the scale and add water until it reads 410. Use the scale and parchment to measure the yeast, sprinkle the yeast into the water and use a toothpick to mix the yeast into the water. Dump the flour/salt mixture into the mixer bowl and use a spatula to roughly mix it into a dough. Use the bread hook on low speed for 8 minutes, stop the mixer, and flip the dough over with the spatula, then resume mixing for 7 more minutes. Remove the mixer bowl, form the dough into a ball with the spatula and spray the inside with cooking spray, moving the dough out of the way as needed so that the entire mixer bowl is greased. Cover the mixer bowl with plastic and let the dough rise until it’s about 50% to 100% bigger (e.g. 45 minutes), then spray a 9x5 non-stick bread pan with cooking spray and put the dough into the bread pan. Cover the bread pan with plastic, wait until the dough fills the pan, and then bake at 350 degrees for 40 minutes. Take the bread out of the pan, and let it thoroughly cool on a wire rack before cutting.

Alternative: substitute 150 grams of rye for the same amount of wheat. Note that the bread will be denser and take longer to rise. This rye/wheat bread makes particularly good grilled cheese sandwiches, using government cheese and black pepper and frying in butter.

Note that commercial flour is formulated to maintain consistency, but wheat ground at home will have variability. A different batch of wheat may require more or less water. I recommend buying a large quantity of wheat at once (e.g., five bags of five pounds each) and adjusting the recipe to fit that batch of wheat.

You might wonder why this bread does not have the same caramelized crust as bread made from store-bought flour. The reason is the inclusion of malted barley flour in store-bought wheat flour. Malted barley flour contains alpha amylase, which breaks down starch into sugar. This sugar is available to yeast and the sugar browns to form the crust. Diastatic malt can be added to home-ground flour, if desired, to achieve the same effect.

A traditional round sifter is a quick and easy way to obtain finer, whiter flour after milling. Sifting flour expands the range of textures and tastes of bread. You can improve the efficacy of sifting by “tempering” the wheat before grinding, which basically means adding a small, measured amount of water and letting the wheat rest overnight in a sealed container. This helps the bran hold together better during the milling process. The larger bran flakes sift out more readily.

The sifter I have is the KoMo flour sifter attachment. It comes with mesh sizes of 15 mesh, 19 mesh and 24 mesh. I also made a 50 mesh sifter with a metric flange bearing, specifically a iglide® G300 GFM-1517-05 flange bearing, and 304 stainless steel 50 mesh. I cut the mesh to shape using a Dremel with a grinding wheel. It is not necessary to glue the flange to the mesh. I conducted an experiment to show the yield you can expect from sifting with these meshes. I first ground 1000 grams of untempered wheat at the finest setting on my mill. I sifted using the 24 mesh and 50 mesh, resulting in 98 grams of bran, 575 grams of coarse flour and 291 grams of flour of near-commercial fineness (which was not white), with some loss in the crevices of the machine.